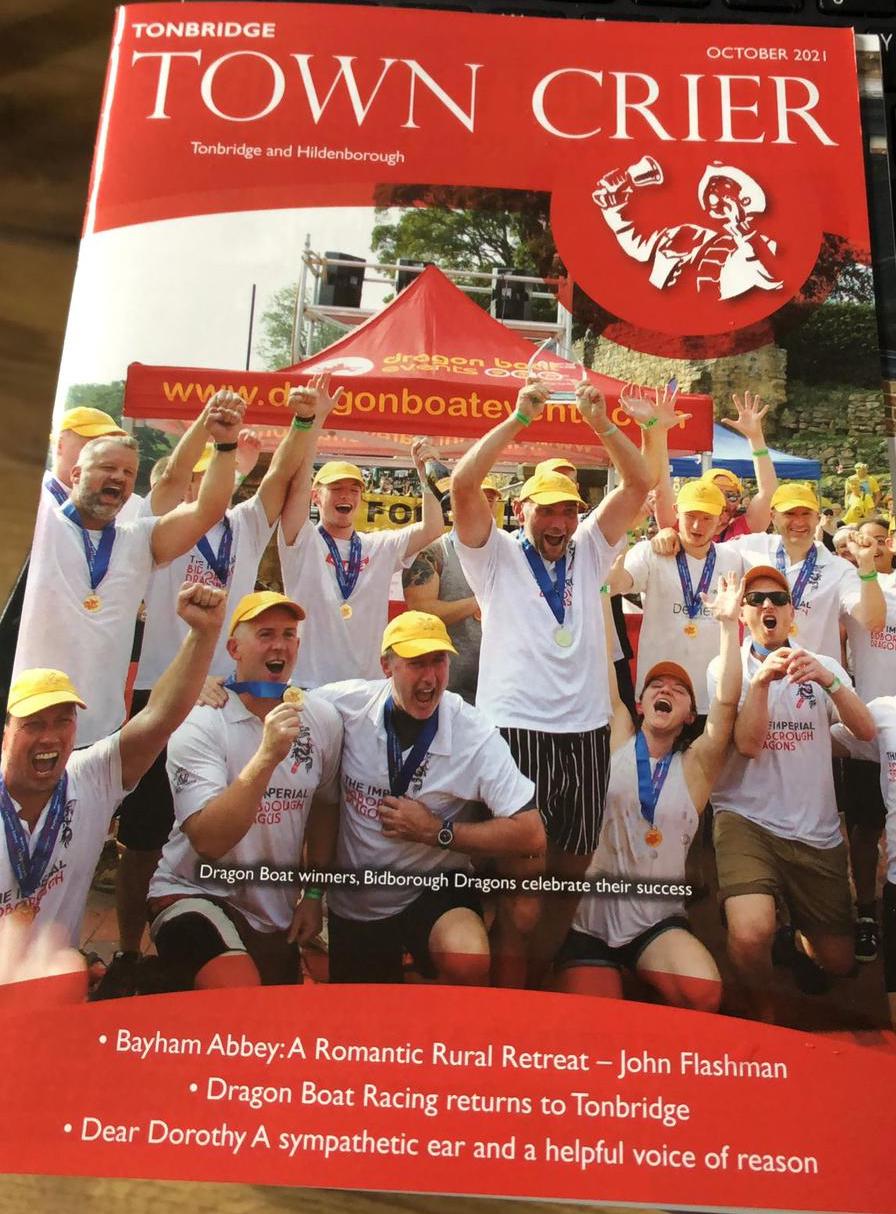 The Imperial Bidborough Dragons are a long standing tradition at Bidborough school whereby a group of parents, ex parents and affiliated friends (including Mrs Burtons husband) have come together over the past 11 years to represent the school and its values and raise money for the school and other charities by racing Dragon boats. 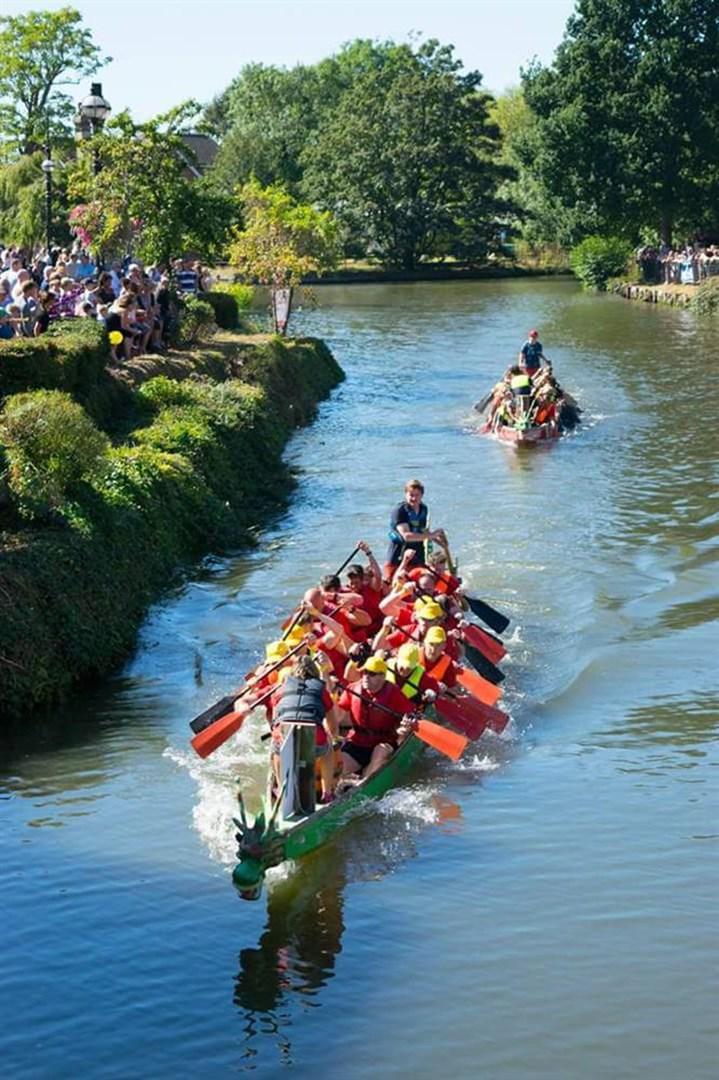 They first took part at the Bewl water annual Dragon boat festival back in 2010 where they finished a respectable 5th place but were unable to improve in 2011 with a 10th place finish. The breakthrough year came in 2012 when Sorren Nissen led them to a bronze medal and they have never looked back.

After acquiring a real taste for success the Dragons from 2013 onwards have entered both the Bewl event and the Tonbridge Dragon boat race on the river Medway on consecutive days of the same weekend.  This brave decision yielded immediate results with their first Gold medal at Tonbridge under captain Wayne Farrington making up for a 6th Place finish at Bewl.

In the “Golden Year” of 2016 they brought home gold medals from both events, captained by Abbi Calandro, the teams first female captain, and a local post box was painted gold in their honour (Although possibly not officially sanctioned).

The team have since then never failed to bring a medal back for the school and since 2015 have not been out of the final of both events until this year.

This remarkable run of form nearly came to an abrupt end in 2021 when the Dragons found themselves outside of the top 3 quickest times at Tonbridge with only one heat of 3 left to race having made a decision not to race at Bewl due to lack of time to train during the pandemic. The Dragons kept their composure and although they came in a very close second in the heat to Mums & Dads Army they were delighted that both teams had posted the 2 quickest times of the day taking them both into the final.

The Dragons, resplendent in their yellow hats mirroring those worn by the children at Bidborough when on trips and on sunny days , lined up for this years final against the mighty “Boars with Oars” a team with which they have had a rivalry for the past few years and for a rematch against “Mum & Dads Army” who had beaten them by a whisker in the last heat.

The Dragons kept their nerve and stuck to the racing strategy which has served them well over the years and although the race finish was too close to call straight away they felt confident enough with their efforts to treat the crowd to an impromptu drum and bass beat led by their drummer Maddie.

The announcer confirmed what they had hoped, that they had won the gold by a Dragons whisker.

This years victory was made all the more sweeter by the fact that sadly many of the greats of the Dragon boat team retired after the 2019 season and captain Terry Measor had to recruit more than half a new team, contest with a cancelled event in 2020, then could only have one training session all together 2 days before the race due to covid restrictions and had to race for 2 heats with one oarsperson short.

The Bidborough Dragons have a total haul of 15 medals made up of:  6 Bronze, 4 Silver and now 5 Gold Medals including one won at the Brighton event in 2016 a year when they brough home a Bronze, Silver and Gold. 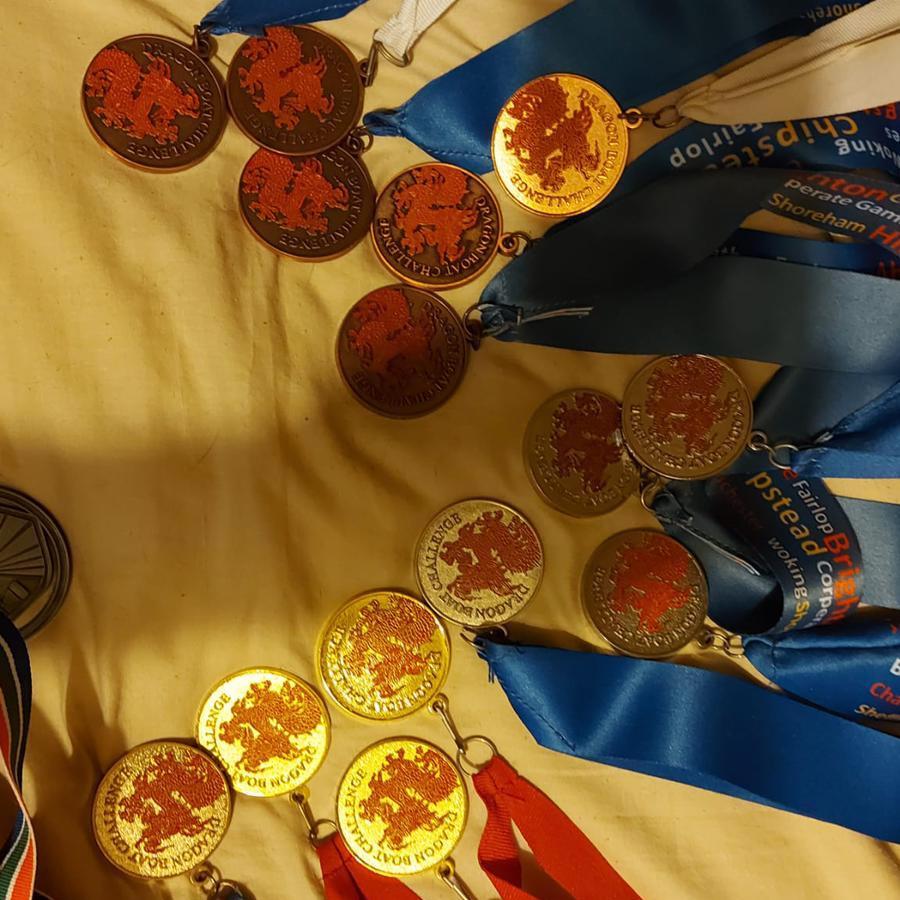 The team have made thousands of pounds for the school and for two other charities, the Demelza children’s hospice and DeBra.  Donations can be made via LocalGiving and by clicking the link below

Every year after the race a new captain for the team is chosen in a secret ceremony by all the previous captains and is referred to as “Skip” for the whole of that year. Responsibility for recruiting to the team and maintaining the teams traditions including manning the Barbecue at PTA events falls to the new Skip. If you are interested in paddling for the dragons next year please e mail temh@hotmail.com  both men and women oarspersons equally welcome.